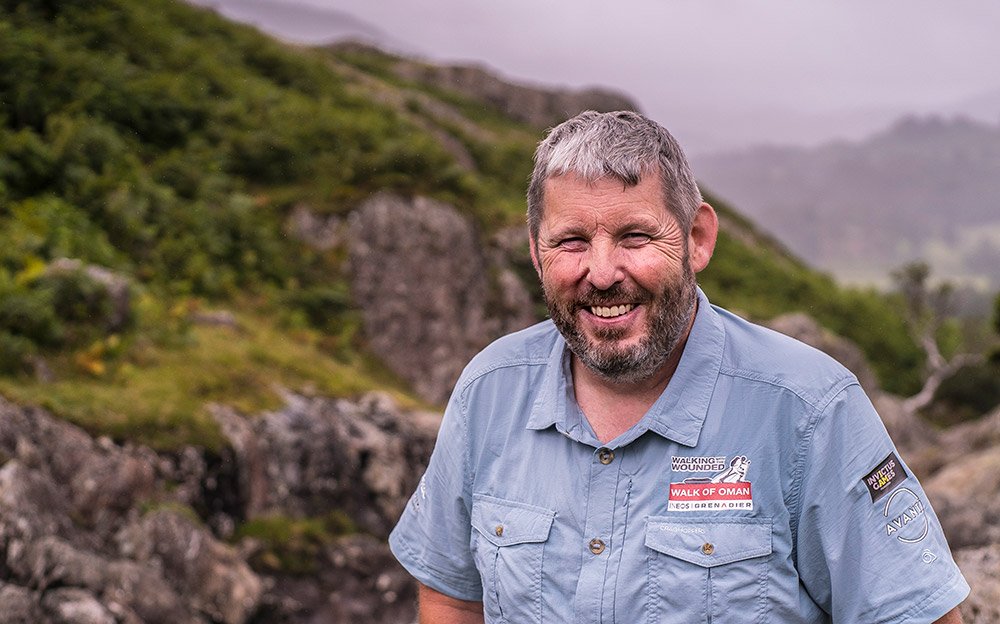 Why did you sign up to take part in the WWTW Oman expedition?

I am from a family with a strong military tradition, my father and uncle were Navy, my brother joined the Navy and I have cousins in the Army and Royal Marines. I followed my grandfather and joined the Royal Air Force and my sister followed me.

What skills are you going to bring to the team?

It’s going to be interesting out in Oman because I am the only team member to have served in the Royal Air Force, whilst the others have served in the Army. One of my biggest strengths is problem solving, and I imagine whilst we’re out in the desert there might be a few situations where this will come into play. Furthermore, I think the trust of working as part of a tight team, as well as the dark and typical sense of military humour, will also come in handy.

I loved the military and the lifestyle and was well suited to it, being part of a team, but also being able to think and adapt to different situations at very short notice.  Sadly through injury, this was cut short, and at the time I was medically discharged, there was very little support. One minute, I had a job, home and income, the next, nothing, apart from a homeless hostel.

I didn’t want to admit to being disabled, and also had too much pride to ask for help (not that at the time I would have known who to ask). It’s taken over 20 years to come to terms with the injury, and the way I/we were treated, I had a lot of anger and resentment, but never really knew it until much later!

I really miss being in the military, especially being part of a team, the camaraderie and being able to rely on someone for support.

What are you doing now?

I don’t work anymore, just make do on my war pension, as that way I can control my injury and life. I do a lot of work volunteering with a disabled military flying organisation, looking after the aircraft and trying to support and mentor the new pilots. I’m hoping to eventually become a flying instructor with them.

Why did you signed up to take part in the WWTW Oman Expedition?

I find that I need a challenge in my life, I have seen many expeditions advertised, but not many that would suit my injury and that I think I would have a chance of competing. Heat suits me, and that along with this being a reasonably flat expedition, has given me the desire and passion to think that I could achieve something special, that will become something to look back on and draw strength from.

Why have you chosen to support WWTW?

I have been following WWTW since the Charity was set up 10 years ago and the first WWTW expeditions to the North and South poles. I really hope to be part of a close team, make some life-long friendships and get that camaraderie back that we all miss, whilst doing something
What challenges do you think you’ll face?

My main challenge by far will be the physical side of the walk, which will cause me pain and discomfort, but I know how to deal with that, and that, in the end, is my day to day reality.  I am currently walking every day and slowly increasing the distances, but this is all in isolation, so will be great to start training in earnest with the team.