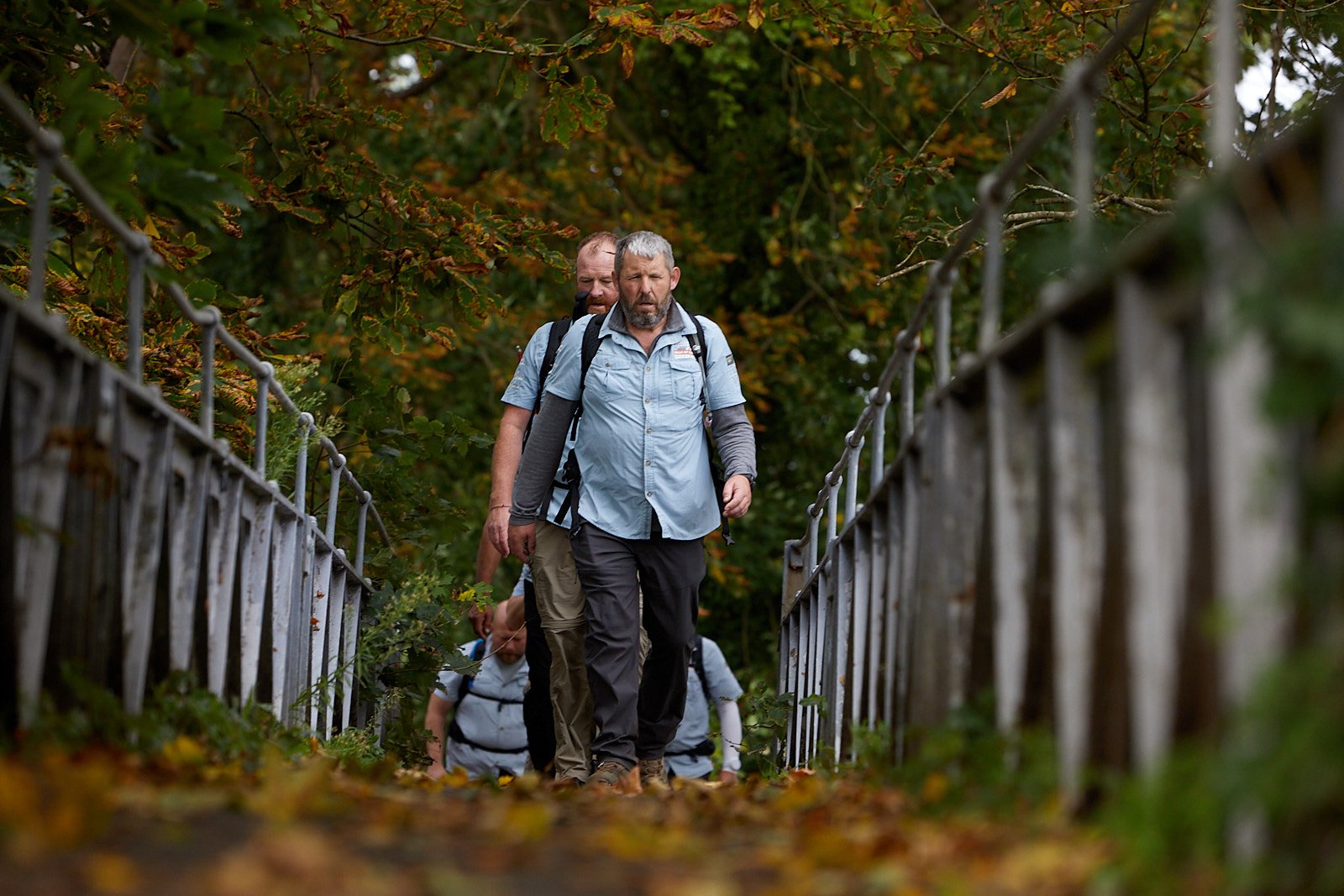 The NHS is the principal partner of Walking With The Wounded and our team works closely with NHS teams across the country to support the delivery of mental health, employment and care coordination programmes for those who served and their family members.

The NHS has recently launched a new veteran-focused mental health service called Op COURAGE: The Veterans Mental Health and Wellbeing Service. Op Courage is designed to help personnel who are planning on leaving the military, reservists, veterans, and their families.

At Walking With The Wounded, we also provide mental health support for those who have served. Our mental health programme, Head Start, provides 1-2-1 therapy for ex-service personnel with mild to moderately severe mental health problems, such as depression and anxiety.

Several members of The Grenadier Walk of Oman team have received support from Walking With The Wounded, either through our mental health programme or our employment programme and they signed up to the expedition to give something back to the Charity.

Dave Adams received support from our mental health team. He said, My main reason for joining the Walk of Oman is the good that WWTW does for the Forces community in both mental and physical health. I myself have benefitted directly and anything I can do to further aid the cause of WWTW, I will. It will also provide an opportunity to broaden the awareness of the ongoing problem with PTSD in the veteran and serving community – hopefully to drive change in the level of support available to the military community following, or prior to, discharge from the Armed Forces.”

Sean Gane received support from our employment and mental health team, he added, “I have worked alongside WWTW for years, signposting people to the charity on our courses as well as the employment side of things. I recently received support from WWTW when my role at my previous employer was made redundant.  I contacted Tony, an Employment Advisor after working with him for a number of years, he has supported me and has been working on roles and courses for me.”

Follow the team as they start the final leg of The Grenadier Walk of Oman. Follow WWTW’s social media accounts: @WalkingWithTheWounded