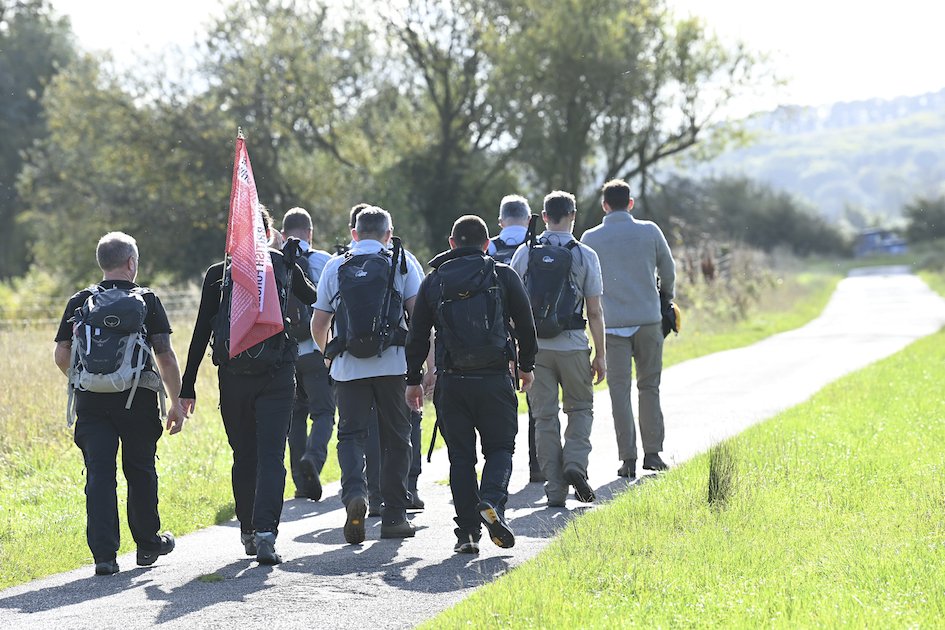 Today, Colonel Lucy Giles, joins The Grenadier Walk of Oman team as they walk through Maidenhead to Windsor Castle.

As of October 2020, there were 16,110 female service personnel serving in the Regular Armed Forces. Women have been able to serve in the Armed Forces for more than 100 years and they are now able to apply for the same roles as men, and whilst a survey found that 90 per cent of women would recommend a career in the military, they still represent a minority within the Armed Forces community.

That said, women in the Armed Forces are trailblazing an incredibly rewarding career path for future women and girls and Walking With The Wounded is lucky to count some of these as supporters of the organisation. For example, one of our incredible supporters is Colonel Lucy Giles, she is an Officer of the British Army’s Royal Logistics Corps, the first female College Commander at the Royal Military Academy Sandhurst and the first female President of the Army Officer Selection Board.

Lucy Giles joined the Army through the University Officer Training Corps and then joined the Regular Army. She has carved a 30-year career in the Armed Forces. She has enjoyed a challenging career, having been posted around the world and served on many operational tours, including Iraq and Afghanistan.  Over the past decade, her career has shifted to the education and training space, offering education, training, and development to Officers.

Earlier this month, Lucy Giles completed the Marathon des Sables in aid of Walking With The Wounded. The race is dubbed, ‘the toughest footrace on earth’ and this year was a particularly challenging race for all involved with an exceptionally high drop-out rate of 60 per cent and temperatures reaching a scorching 59 degrees Celsius.

Colonel Lucy Giles will join The Grenadier Walk of Oman team today as they walk through Maidenhead to Windsor, providing a much-needed morale boost to help rally the team to the finish line. The team are now just days away from reaching the final mile of the expedition in central London.

Lucy Giles said, “It is really important that we recognise the value of diverse teams; more effective, a greater range of EQ, cognitive agility and genuinely a lot more camaraderie!

As a service person with three decades of experience, I can see how far the Army has come in terms of the role and advantage that can be gained with having more women in the Army.  I’m proud to be part of an organisation like WWTW, which celebrates the talent of our amazing servicemen and women and the contribution they have selflessly made over the years.

We need more women in the Army and we need the veteran networks to recognise the needs of all genders.  Well done to WWTW for leading the way.”

Find out how: WWTW supports those who served.