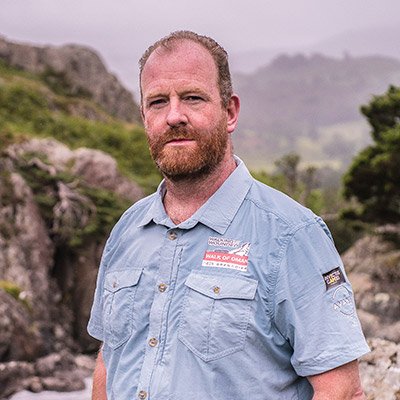 In converation with Brian o’neill

In October, we will be taking a team of ex-military and currently serving men out to Oman to embark on the trip of a lifetime.

In this series, we’re introducing you to the Grenadier Walk of Oman team.

Why did you sign up to serve in the Army?

I joined the Army aged 17. I left school at 16 and joined the Army because I wanted a challenge, a career, something different and I knew the Army could give me that. I was in the Infantry for 7 years, before transferring to the Royal Military Police. I stayed with them for 8 years and then moved to the Military Provost Staff Regiment for 11 years. I completed 7 Operational Tours, including Northern Ireland, Bosnia, Iraq and Afghanistan.

I never underestimated the transition from military to civvy life, in fact I thought I prepared quite well. I gained a degree in order to enhance my employment prospects, I secured accommodation for my family and I was offered my first civvy job before I even left the military. It was really quite strange starting work, I was made to feel welcome and I tried to fit in, however I felt like a banana at an apple party. It’s hard to explain, no familiar uniform, no feeling of real camaraderie and familiar faces that you knew you could depend upon, no matter what.

Why did you choose to support WWTW?

I choose WWTW because I received help, probably when I needed it the most from one of the WWTW employment advisors, Jonathan. I signed up to do the Walk of Oman because I want to get that buzz of a challenge feeling again. I want to demonstrate courage, resilience and determination with fellow veterans who speak the same language and to be part of a team again.

What are you most looking forward to?

I’m hoping to achieve that great feeling of success, pride in hard work, a satisfying feeling of accomplishment and also demonstrating that despite injury, physical or mental, in the face of adversity, Military grit and spirit will come to surface in order to defy the odds. This will only be possible with the right mindset, attitude, belief and focus. The challenges will be physically demanding due to the arduous terrain and desert conditions. In addition, the inner challenge will be to acknowledge that sacrifices will have to be made and selfless commitment will have to become second nature.

What does it mean to you to be walking with other ex-military servicemen across Oman?

It’s refreshing to be able to slot straight back into a team. We have a common understanding because we’ve all served, and it means a lot to me to be able to walk with this incredible group of people.

Describe where you were 3 years ago

I really struggled with my mental health when I left the Armed Forces and I reached out for help. I received lots of different types of therapy over a period of 2 years and although not yet diagnosed, I have been treated for PTSD

The transition from military to civilian life was tough. I joined the Army at 17 and I felt quite out of place when I left.

Describe where you are now.

A far better place. This came from acclimatization and therapy, counselling, and treatment that I received. I’m now happy, positive and ambitious.