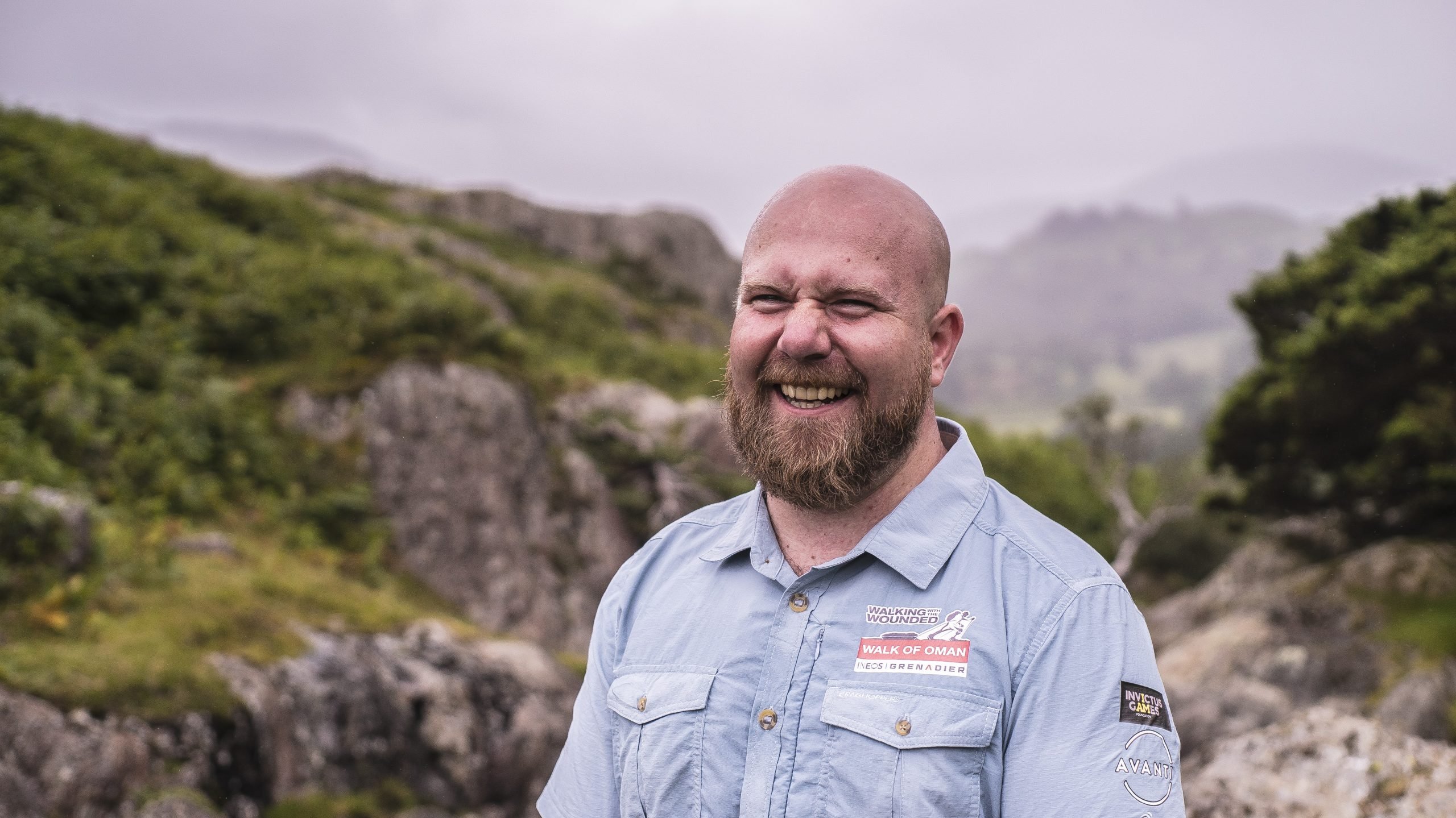 Why have you signed up to the challenge and what does it means to you ?

My main reason for joining the Walk of Oman is the good that WWTW do for the Forces community in both mental and physical health. I myself have benefitted directly and anything I can do to further aid the cause of WWTW, I will. It will also provide an opportunity to broaden the awareness of the ongoing problem with PTSD in the veteran and serving community – hopefully to drive change in level of support available to the military community following, or prior to, discharge from the Armed Forces.

What does it mean to be involved with WWTW?

I feel that it is widely understood that WWTW are one of the leading forces charity, one that is agnostic to many of the political challenges within that particular community. Without WWTW there would be a great number of servicemen and women who would have reduced access to the necessary support and therefore any way I can assist in driving fundraising or awareness of the charity is very important to me.

How are you preparing for the challenge ahead?

The biggest challenge is getting the mind ready for the task ahead as well as the physical preparations of course. The next few months will be critical for both, but thanks to the support of WWTW and the surrounding Partners, I believe this will easier than attempting to do it alone.

What does team spirit mean to you?

Team spirit, I believe, will be the critical element throughout the walk itself. As much as the physical element will be incredibly challenging – there will be highs and lows during our time in the desert for all involved. The team will support itself and by extension each of the members within, be that by way of moral support through tough times, humour where necessary or just to lend an ear during our time in Oman. Without a close-knit team, I don’t think the walk would be a success, hence the importance that WWTW has placed upon team cohesion.

How you found the transition from life in the military?

I consider myself relatively luck in terms of transition because I, and my background, has been fully embraced by my company, Marsh Ltd, giving me a view to the future which was sadly dissipating during my medical discharge. There have, of course, been struggles throughout, such as dealing with mental health in a community that I didn’t fully understand. There were a lot of experiences that were entirely unfamiliar, having joined the Army at 16 – and I am sure there are more to come. I do think the effort that I had put into self-development has helped dramatically to make the transition as smooth as I could.

Without mental health support there is a high likelihood I would not be here at all, having gone to some pretty dark depths following my diagnosis. The military is unprepared, in my opinion to deal with the scale of mental health support it will need to give over the next few years and beyond. Sadly the public sector is less experienced in looking after veterans mental health for a number of reasons, which highlights the need for military charities to step in. my greatest fear is that not enough will be done and a number of good people will be lost along the way.

Are there any aspects of Service that you miss?

Describe where you are now