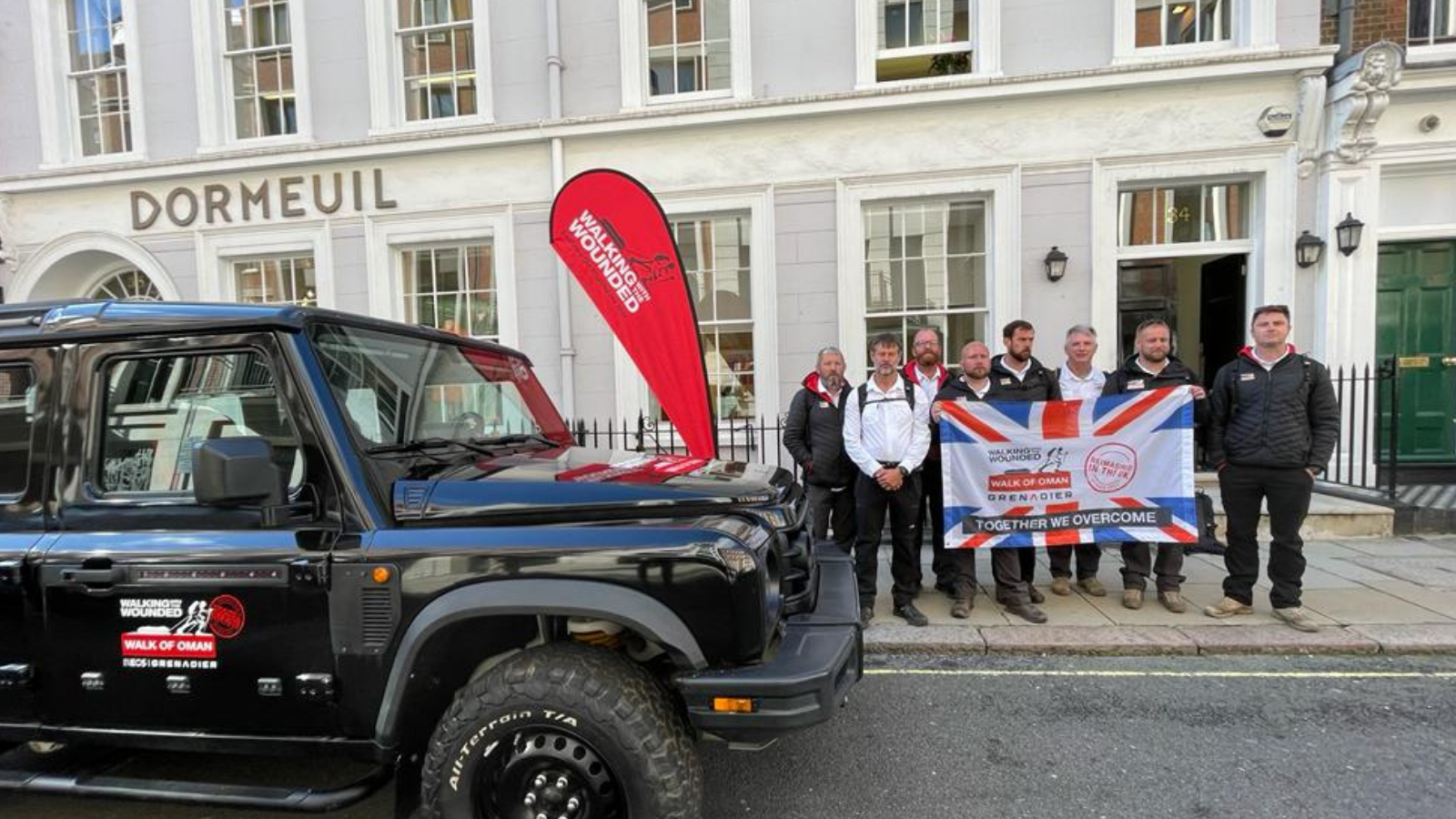 The team started the expedition on World Mental Health Day (October 10th) at Pen-Y-Fan in Wales. They have walked in stages across the UK, covering over 300km, to reach the finish line at the Anglo Omani Society in central London and had a surprise call from Prince Harry, The Duke of Sussex on their penultimate day to congratulate them.

The team were due to cross the Omani desert, however, due to the global pandemic, they crossed the UK, walking the equivalent distance of 10 marathons in 12 days, to raise funds and awareness for Walking With The Wounded’s employment, mental health, care coordination and volunteering programmes supporting veterans and their families to get back on their feet and contribute in their communities once more.

The expedition started on Pen-Y-Fan in Wales, the 6-man team then walked through Hereford and Gloucestershire before arriving at the start of the infamous Thames path- a long-distance walking trail that follows the river Thames from its source in the Cotswolds before arriving in the heart of London. The Grenadier Walk of Oman finished at the Anglo Omani Society in London. The team were supported by a Grenadier vehicle for parts of the route. Due to various physical injuries, some team members only walked part of the route – overcoming their individual situations to achieve what they can.

WWTW’s CEO, Fergus Williams, said: “The Grenadier Walk of Oman expedition team has faced an incredibly uplifting and gruelling journey to reach the finish line in London. They have walked from Wales across the country to the Capital, faced the best of British weather, and worked together and helped each other when things got tough.

Our expeditions demonstrate that veterans can still achieve at the highest level after they have left a career in the Armed Forces, they raise awareness of the vital work that Walking With The Wounded does and they provide inspiration to those coping with physical and mental injuries. Well done to The Grenadier Walk of Oman team and thank you for going above and beyond to support WWTW. Special thanks to our key expedition Partners, INEOS Grenadier, Craghoppers, Monster Energy, Avanti Communications, Shard Capital and The Invictus Games Foundation for supporting WWTW and those who served.”

Prince Harry, The Duke of Sussex, had a private phone call with the expedition team on the penultimate day. Over the phone, as part of the conversation, he gave them some words of advice: “Guys just remember, you have got to hold on to this moment, you have got to hold onto this feeling. Because it doesn’t matter where you walk, or what you are doing. When inevitably we all end up feeling down, a little bit dark, in the weeks months and years to come, you will remember back to this. Lean on this experience to pick yourselves up.”